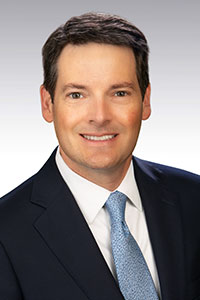 Ryan Simpson was appointed Chief Executive Officer for Methodist Hospital and Methodist Children’s Hospital in 2023, bringing with him more than twenty years of hospital leadership experience. He joins Methodist Healthcare after serving as Chief Executive Officer at The Medical Center of Aurora (TMCA) and Spalding Rehabilitation Hospital located within the Healthcare Corporation of America (HCA) Continental Division for the past four years.

During his tenure as CEO, Simpson made noticeable strides in physician and employee satisfaction, improving physician engagement scores by 25 percentage points, placing TMCA in the 90th percentile as a place to practice medicine. He improved employee engagement scores to 76 percent, representing an eight-percentage point increase. He made great progress advancing quality indicators, reducing hospital-acquired conditions to place TMCA as one of the nation’s Top 100 Hospitals by IBM Watson.

Through Simpson’s leadership, he led unprecedented growth in several service lines, including the integration of Colorado Permanente Medical Group (Kaiser Permanente) into TMCA, seeing a 50 percent increase in same-store admissions. He was also instrumental in the development of a market-wide heart surgery group, resulting in 50 percent surgical growth and 53 percent cardiac cath procedure growth over three years. Additionally, Simpson oversaw the planning and opening of Centennial Hospital, an $80 million inpatient campus expansion to Centennial Medical Plaza, and a 40-bed expansion to the Behavioral Health and Wellness Center for women’s inpatient behavioral health and expanded geriatric psychiatry, representing $10 million in capital investments. 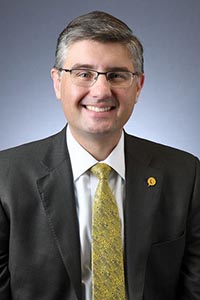 Court is a 15-year veteran in the healthcare industry, achieving tremendous success during his tenure in executive leadership roles. Before being promoted to CEO at Methodist Children’s Hospital, Court was the Vice President and Chief Operating Officer at Lafayette General Medical Center where he was instrumental in developing strong employee, physician and patient engagement initiatives. His efforts helped the hospital achieve a 2018 Press Ganey Guardian of Excellence award for 95th percentile inpatient engagement. Court also led strategic development and acquisition projects for the organization, including the acquisition of a new hospital to serve orthopedic patients.

Prior to working at Lafayette General, he was Chief Operating Officer for HCA Plaza Medical Center in Fort Worth, Texas, and was actively involved in the strategic development of a kidney transplant program and service line expansions. Court previously served as the Chief Operating Officer for St. David’s Georgetown Hospital in Austin, Texas. At Georgetown, Court was instrumental in the strategic investment and expansion of the women’s service line. 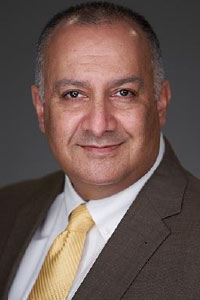 Khaver Kirmani, MD, MBA was appointed Chief Medical Officer of Methodist Children’s Hospital and Women’s Services in 2021. Dr. Kirmani joins Methodist Healthcare from Arizona, where he served as a practicing neonatologist for more than 25 years and as the Chief of Pediatrics at Banner Children’s at Desert for four years. During that time, he completed his MBA and Master’s in Leadership.

Dr. Kirmani is transitioning to executive physician leadership to affect health care quality, patient safety and process improvement more broadly, rather than one patient at a time.

During his time at Banner Children’s at Desert, Dr. Kirmani engaged in targeted quality and process improvement projects, as well as patient safety improvement processes. He led his teams to improve inpatient length of stay and decreased ventilated days in the pediatric ICU. Dr. Kirmani has experience with various leadership roles in non-profit organizations. He has worked alongside national organizations and state legislators to improve regulations and bills affecting the care of pregnant women and newborns. 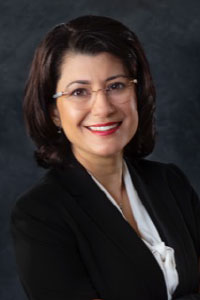 Negar Johnson, MSN, RN, NEA-BC was appointed Chief Nursing Officer of Methodist Children’s Hospital and Women’s Services in 2020. Negar’s dedication to her work and Methodist Healthcare began in 1994, when she was hired as a registered nurse in the Cardiac Intensive Care Unit at Methodist Hospital. She quickly progressed into positions of increased challenges and responsibilities, culminating as associate chief nursing officer at Methodist Hospital.

Negar has a long history of leading new programs, launching quality improvement initiatives, and helping team members achieve their clinical and career goals. She was instrumental in the expansion of the nationally acclaimed adult extracorporeal membrane oxygenation (ECMO) program. Negar earned the 2020 Grace Ann Durr Humanitarian Award for going above and beyond to aide in the lives of patients and community members in need. She has received many recognitions for her leadership in nursing. This short list of accomplishments does not begin to scratch the surface of the hard work Negar has put forth, or the accolades she has achieved professionally and personally. 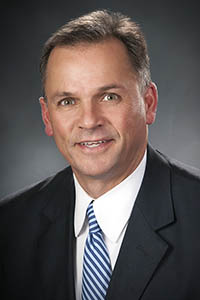 John is responsible for anticipating and addressing financial roadblocks while controlling assets, leading teams, monitoring productivity, and meeting financial goals. He assists the CEO to shape strategy and provide the financial acumen in order to meet established business plans and targets.

He holds a BBA from Southern Arkansas and a MBA from Northcentral University. John has been instrumental in many growth and development initiatives throughout his career and was recognized as a Houston Business Journal CFO of the Year nominee in 2018.