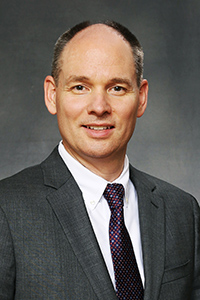 Prior to joining Methodist Hospital Stone Oak, he served as the Chief Executive Officer of Methodist Hospital Specialty and Transplant from 2016 through August 2021. During his tenure, Specialty and Transplant was recognized as the nation’s largest live donor kidney transplant program, expanded services for Behavioral Health and modernized its infrastructure.

Jeff joined HCA in 2005, where he held a variety of leadership positions in several Richmond, Virginia area hospitals, as well as serving as the Vice President of Orthopedics and Spine in HCA’s Capital Division. In 2011, he moved to San Antonio and served as Chief Operating Officer of Methodist Hospital Metropolitan. While there, he oversaw the $50 million construction and expansion of the ICU tower.

Jeff has prioritized improving quality, safety and outcomes leading to an overall decrease in mortality rate and infection rate, while increasing response time on door-to-needle for acute ischemic stroke. His vision for the future includes several growth projects, such as updating CT, MRI, and Biplane equipment, in addition to expanding Cath Labs and Operation Rooms. Under Jeff’s leadership, Methodist Hospital Stone Oak has built a strong reputation as the clinical leader in complex brain surgery, not just in San Antonio, but across the nation. 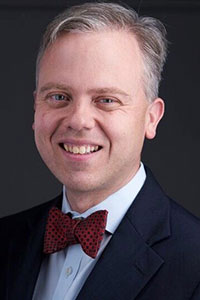 Prior to his current role, he served as the Chief Medical Officer for Methodist Children’s Hospital. Dr. DeYoung began practice as a neonatologist in San Antonio in2007 and has held various leadership positions within Methodist Healthcare.

From 2015 to 2018, he served as Methodist Hospital Stone Oak’s Medical Director of the Neonatal Intensive Care Unit (NICU) where he was instrumental in growing the unit in quality and complexity of care.

Dr. DeYoung’s professional interests include facilitating partnerships between the medical staff and hospital care teams to provide optimal patient care through emphasis on quality improvement and safety, and connecting the patient and their family to the patient’s medical care and the care team. On a personal level, he enjoys running and spending time with his wife and 6 children. 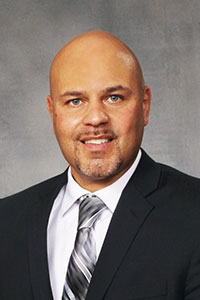 Prior to joining Methodist Hospital Stone Oak, he was the Vice President for Clinical Leadership at the HCA corporate office, where he was responsible for leadership development and nurse retention strategies across HCA’s 183 hospitals. Additionally, Dave was the Chief of Advanced Practice Nursing and Evidence-Based Practice for Brooke Army Medical Center, and the United States Army Institute of Surgical Research Burn Center.

Dr. Allen has a wide-range of experience to include Medical/Surgical, Outpatient Services, Perioperative Services, Burn and Critical Care. He is a board-certified Critical Care Clinical Nurse Specialist and specializes in Executive Leadership. He received his Bachelor of Science in nursing from Clarkson College in Omaha, Nebraska, a Master of Science as a Critical Care Clinical Nurse Specialist from The University of Texas Health Science Center at San Antonio, and a Doctor of Nursing Practice from the University of Alabama.

He has numerous publications along with local, state and national presentations on leadership and evidence-based practice initiatives. Dr. Allen has served on numerous boards to include, the Texas Health Services Authority and the Texas Statewide Coordinating Council. 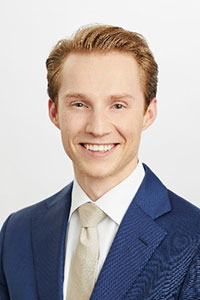 He received a Master of Science in Health Care Administration from Trinity University, along with a Bachelor of Arts in Political Science from the University of Arkansas. Smith is also a graduate of the 2021 HCA Healthcare Executive Development Program. 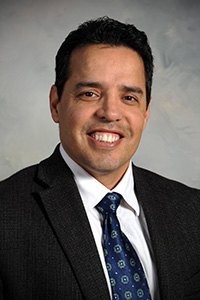 Gabriel Marrufo, MBA joined Methodist Hospital Stone Oak as Chief Financial Officer in 2013. He has more than 20 years of financial leadership experience in healthcare and recently celebrated his 25th anniversary with HCA.

Prior to joining Methodist Hospital Stone Oak, Gabe served as the Vice President of Business Development for Del Sol Medical Center (East) and Las Palmas Medical Center (West). At that time, he was selected to participate in the newly initiated HCA Chief Financial Officer Development Program.

During his tenure at Methodist Hospital Stone Oak, Gabe has been influential in various expansion projects including: a 42-bed Rehabilitation Center acquisition in 2020, adding seven additional Operating Room suites and a 100-bed tower expansion. He helped developed a $100 million growth plan, to further expand the spine robotic platform, both Cardiology and Electrophysiology service lines, the Sterile Processing Department and our second CT project. Under Gabe’s leadership, the facility has grown from a Level C in 2013 to Level E in 2019 and EBITDA has grown from $20 million to $94.