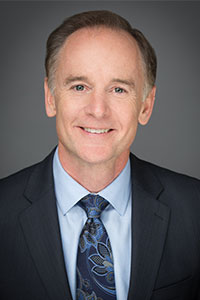 Allen Harrison was appointed President and Chief Executive Officer of Methodist Healthcare in 2018. Methodist is a unique partnership with equal ownership between investor owned HCA Healthcare and not-for-profit Methodist Healthcare Ministries (MHM), the largest non-public funding source for uninsured and underinsured patients in South Texas. The System employs more than12,000 people in its 29 facilities, has 400 plus volunteers, and over 2,700 physicians at the nine Methodist Healthcare hospitals.

Prior to his current position, Harrison was Chief Executive Officer of Methodist Hospital and Methodist Children’s Hospital where, in a short time, he made great strides in quality, growth and physician relations. He has made positive changes internally by evolving the hospital culture to one of ownership, empowerment and accountability. He came to Methodist from St. David’s HealthCare in Austin, where he served as CEO for six years.

Harrison began his healthcare career more than 20 years ago as a Clinical Engineer where he was responsible for overseeing a service line delivering custom medical equipment to persons with disabilities. He has also worked as the Vice President of Business Development at the Medical Center of Aurora and as COO of Presbyterian/St. Luke’s Medical Center in Denver, Colorado. Paul Hancock, MD, MBA is the Chief Medical Officer of Methodist Healthcare. He is responsible for managing clinical operations, liaising between administration and medical staff and ensuring that patients receive the highest standard of medical care. Under his leadership, Methodist Healthcare launched a system-wide focus on the Culture of Safety. His leadership has guided Methodist facilities to substantial improvements in hospital acquired infections, stroke door-to-needle times, cardiac mortality, sepsis bundle compliance, blood utilization, ventilator times and radiation safety. During his tenure, Methodist has consistently achieved some of the highest Leap Frog patient safety scores and CMS star ratings.

Prior to his current position, Dr. Hancock served as Chief Medical Officer of Swedish Medical Center in Denver. Previous roles include Chief Executive Officer of the Don and Sybil Harrington Cancer Center and Vice-President of Baptist St. Anthony’s Health System in Amarillo, Texas. He practiced in St. Louis and in Lexington, Kentucky before returning to his native West Texas where he practiced Medical Oncology and Hematology at the Harrington Cancer Center. 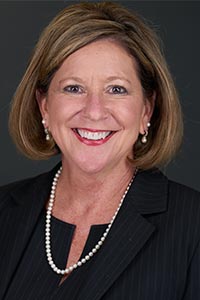 Throughout her tenure as CNO, Jane has been responsible for effective nursing strategy deployment and the design and delivery of quality patient care. Jane has worked collaboratively with multidisciplinary teams for service line growth and was operationally responsible for several major expansion projects. Jane has modeled strong leadership skills and has persuasively aligned nursing practices with the mission of the organization. In her previous roles, she was instrumental in decreasing RN turnover by creating a front line leadership role for improved recruitment and retention of nursing staff. She also led the expansion of an intern onboarding process and a Clinical Nurse Leader Master’s Scholarship Program.

Under her leadership, Jane has worked to consistently improve employee and physician engagement, has decreased employee turnover, and is accredited for the hospital receiving highly-rated patient satisfaction scores. Jane works diligently towards enhancing nurse retention and has implemented the Daisy Awards and the BEE (Being Exceptional Everyday) awards for honorees who personify Methodist Healthcare’s remarkable patient experiences. In 2019, Jane proudly introduced the Pickle Challenge to employees, transforming the organizational culture and promoting positivity. One of her many proud achievements is the recognition Methodist Hospital Orthopedics received as a PRISM award winner by the Academy of Medical-Surgical Nurses. 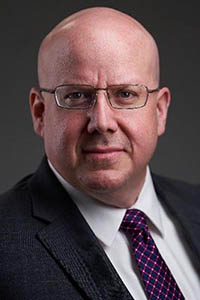 During his 16 years as a CFO, Bernal has shaped financial strategies and provided financial acumen to meet established business plans and targets. Throughout his career, Bernal has successfully obtained capital funding for large expansion projects and has negotiated/developed an air medical transport program, ortho and surgical navigator programs, a transfer center program for secondary markets and two urgent care centers.

At the Methodist hospital campus, he oversaw the development and management of several capital expansion projects including a rehab unit, vascular lab, electrophysiology and cardiac catheterization lab, robotic surgery with the daVinci surgical system, Ion and Ortho platforms, and imaging expansions/replacements.

By working closely with physicians and nursing partners, he was integral in the development and growth of new hospital-based programs within extracorporeal membrane oxygenation (ECMO), cardiothoracic, CAR-T and burn service lines.

Bernal is a graduate of The University of Texas at El Paso with a bachelor of business administration degree in accounting. 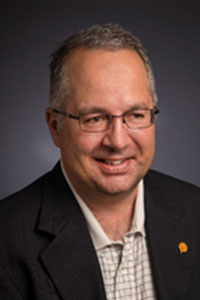 Barry Burns joined Methodist Healthcare in December 2003 and has served in various Human Resources leadership positions within the System prior to being promoted to his current role as Vice President of Human Resources in August, 2010. In this capacity, Burns oversees overall HR strategy and support for the System’s nine freestanding hospitals and approximately 12,000 employees.

Prior to his time as the Regional VP of Human Resources, Burns completed two cooperative education rotations while attending Texas A&M, and then went on to work full time with the NASA Johnson Space Center in Houston as a Human Resources Representative. After spending seven years as a federal employee with both NASA and the United States Attorney’s Office, Burns began his career in healthcare where he served in leadership roles with Houston’s Kelsey-Seybold Clinic, and Houston Methodist.