Matt and Randall, father and son

Is there a doctor in the house?

For the Rogers family, the answer is always “yes,” and it has been for four generations. In honor of National Doctors’ Day, March 30, we wanted to highlight the Rogers family of Doctors, where two currently serve at Methodist Hospital Metropolitan and provide exceptional care to their patients. 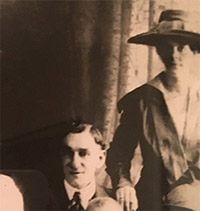 It started with Randall’s grandfather, Albert Lewis Lanning, in 1895, a general practitioner in Castroville. The family moved to San Antonio, where his son, Albert, was adopted by Edgar Rogers in the early 1930s. 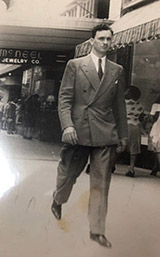 Albert Rogers graduated from Central Catholic High School and then St. Mary’s University. He received his medical degree from Baylor Medical School in Dallas and interned at the Robert B. Green Hospital.

“He was a dedicated physician who in his early years performed surgery and obstetrics and even administered anesthesia to the patients of his colleagues,” said his son, Randall Rogers, M.D. “He was a devoted physician with a strong work ethic.”

Dr. Albert Rogers had his private practice at the Nix and then continued at Methodist Hospital Metropolitan as a family practitioner for 40 years and served as chief of staff. He practiced for a total of 67 years, passing away at age 94 in 2009. 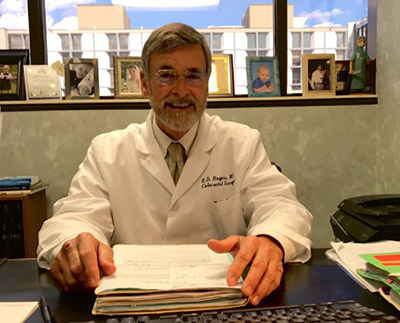 The strong work ethic and commitment to medicine continued with Dr. Randall Rogers, who practices colon and rectal surgery at Methodist Hospital Metropolitan and served as chief of staff in 2006. He also has served as president of the Texas Society of Colon and Rectal Surgeons.

Randall, 70, said that he knew that his dad expected him to be a physician. “Though I had several different jobs during college, I really did not consider any profession other than medicine,” he said. The two of them practiced together for many years, which he says brought them closer as father and son. 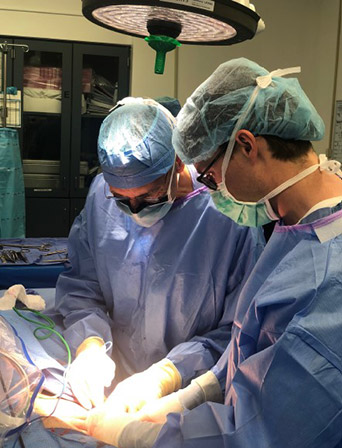 The family legacy continued when Matthew, Randall’s son, decided to become a doctor. Matthew, 37, said his dad did not pressure him.

“The medical field has changed a lot,” said Randall. “It is much more competitive. Students start worrying about test scores much earlier. The medical schools require more, too—excellent grades and community service. It takes a lot of determination to be a physician today.”

Matthew said medicine was a career that appealed to him. He has been with Urology San Antonio for five years. Specializing in urologic cancers, kidney stones, and robotic surgery, Matthew said he likes the mix of surgery and office-based practice.

The offices of Drs. Randall Rogers and Matthew Rogers are just three steps from each other—same building, same floor--in the Metropolitan Professional Building, across McCullough Avenue from Methodist Hospital Metropolitan. In fact, Randall is still using the same suite and desk his father used. Their specialties allow them to consult with each other on cases and also refer patients. “When we consult, the teaching goes both ways,” said Randall.

Matthew agrees. “We have surgery on the same days and see a lot of each other,” he said. They also enjoy hunting and fishing together, along with other members of the family. Matthew and his wife are parents of a six-year-old son, five-year-old daughter, and three-year-old son. “We want to let them do what they want to do when the time comes to pursue a career,” he said. “But who knows, maybe there’s a fifth generation of doctors in the family.”

Greg Seiler, CEO at Methodist Hospital Metropolitan, said he is proud that the hospital has been part of the Rogers family legacy. “Through four generations, the Rogers family continues to embody an outstanding commitment to patients and health care excellence. We are so pleased to have this talented family as part of the Methodist Hospital Metropolitan team. It is physicians like these that enable us to meet the health care needs of our community with our high standard of quality care.”