Significant developments made in the treatment of fatal pancreatic diagnoses

Over the last two decades, there has been a dramatic increase in the prevalence of pancreatic tumors diagnosed in adults, often times requiring invasive surgical procedures. Many of these tumors cause no symptoms, and management of these findings can be challenging and complex. Cystic tumors can often be followed with imaging, while solid tumors, may require much more aggressive treatment, including surgery.

Pancreatic neuroendocrine tumors (PNETs) are a particularly interesting type of pancreatic tumor as they tend to grow slowly over time, have a malignant potential with a risk of spreading to other organs as they exceed 2 cm in diameter, and can sometimes produce hormones such as glucagon or insulin that can profoundly affect a patient’s blood glucose level. A widely known fatal case of this disease was Steve Jobs, CEO of Apple Inc.

In the case of insulin-producing tumors (insulinoma), blood sugars can drop so severely that it can lead to loss of consciousness, and even death. Treatment of PNETs has historically been surgical, requiring removal of a small or even large portion of the pancreas. However, Methodist Hospital has been a leader in adopting minimally invasive surgical approaches and is the first hospital in the region to redefine pancreatic care with next-generation technology, endoscopic ultrasound-guided radiofrequency ablation (EUSRA).

Endoscopic ultrasound (EUS) has been an important tool in medicine for the last 25 years.  An ultrasound probe, similar to the type that looks at the gallbladder or a fetus, is incorporated into a traditional upper scope. This scope is then inserted into the esophagus, stomach, and small intestine, and allows physicians to see organs outside these structures such as the pancreas that is located immediately behind the stomach. Identifying and biopsying tumors in the pancreas is easily and safely done using EUS. 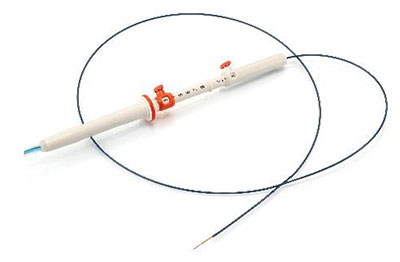 Until recently, medical experts had no way to physically treat these tumors. With the use of EUS guided imaging, the EUSRA catheter can be advanced directly into a pancreatic tumor. The catheter can then deliver radiofrequency energy through the needle and destroy the tumor with minimal or no risk, no surgery required, and the entire procedure can be done in less than 20 minutes. This minimally invasive technique can avoid the need for much more aggressive and risky surgery, a tremendous advancement in medicine.

Michael Berry (67) manages a commercial woodworks business with his family. He recalls one afternoon sitting in his home office suddenly fatigued and completely blanking, forgetting what he was doing and what was going on. “I got so confused, it was scary,” Michael recalls. He took several deep breaths and let the haze pass. Alarmed by what he had just experienced, he began researching his symptoms and recognized his aligned with hypoglycemia, a condition where blood sugar (glucose) levels are lower than average. Michael urgently went out to purchase a machine to monitor his blood sugars and was shocked to see his levels in the low 40s; a normal level reads in the 100s. 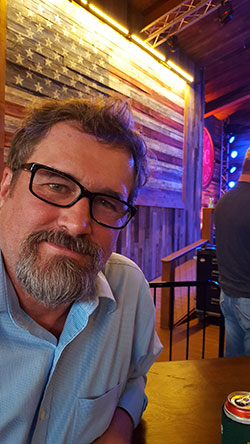 Michael followed up with his primary care physician who referred him to the Diabetes and Glandular Disease clinic for an evaluation. Jacob Vadakekalam, MD, an endocrinologist, evaluated Michael and felt that he likely had an insulinoma. However, the tumor was so small that it could not be identified by a CT scan. He was then referred to Dr. Alejandro Pruitt, a gastroenterologist at Methodist Hospital highly regarded for his EUS skills, to see if he could find the tumor and potentially treat it with EUSRA technology.

Michael met with Dr. Pruitt for his evaluation. Endoscopic ultrasound was done and identified a very small tumor within the pancreas, about the size of a dime. A biopsy confirmed an insulinoma. This is a rare type of pancreatic neuroendocrine tumor, accounting for less than 5% of all pancreatic tumors. Instead of referring him to surgery, as is typically done, Dr. Pruitt used the EUSRA catheter and destroyed the tumor during that same appointment with no side effects. "My biggest concern was not knowing what was wrong with me. Once I knew Dr. Pruitt could handle it, I wasn’t worried anymore,” Michael stated.

“Michael would have otherwise been subjected to a distal pancreatectomy, meaning he would have lost 2/3 of his pancreas,” commented Dr. Pruitt. “EUS radiofrequency ablation is a transformative technology and appears to be highly effective at eradicating small pancreatic neuroendocrine tumors without the need for aggressive pancreatic surgery.”

This quick, non-surgical option enables patients to resume normal daily activities almost immediately after treatment. Within three days, Michael was back to normal and pain-free.

Methodist Hospital is only 1 of 3 centers in Texas currently using this technique, positioning them at the forefront of this treatment option. To learn more about pancreatic care at Methodist Hospital, visit https://sahealth.com/specialties/gastrointestinal-cancer