In late December, pediatric patients at Methodist Children's Hospital had the opportunity to join in on a friendly game of socially distant basketball with San Antonio Spur Keldon Johnson. After donating a copy of the newly released NBA 2K21 to the hospital, Johnson teamed up with a few patients to play, while getting to know one another. The event was particularly special because due to the pandemic, all pediatric patients have been staying safe and apart from others inside their hospital rooms for the duration of their hospital stay. The time spent with Johnson allowed the children to take a break from their hospital routine and enjoy being kids. 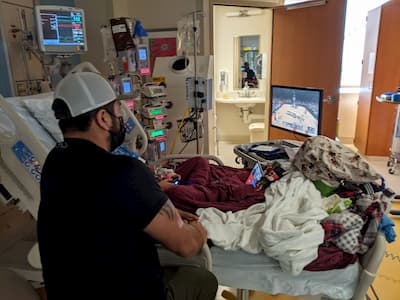 14-year-old Gavin Zarate is a big basketball fan and enjoyed spending time with the NBA player. “I almost had him,” Zarate said. “Keldon won by six points, I think. It was really fun. I think that's really nice of him to take the time out of his day to play with us.”

Johnson says giving back is important to him. He says he enjoys playing video games, so it was the perfect opportunity to partake in a favorite hobby with the boys. “It was awesome seeing their smiles and they actually gave me some competition! 2020 has been rough on all of us – we all need a little bit of fun in our lives right now,” Johnson said. “It was an honor to partner with Methodist Children's Hospital to give back to kids that really needed some holiday cheer.” 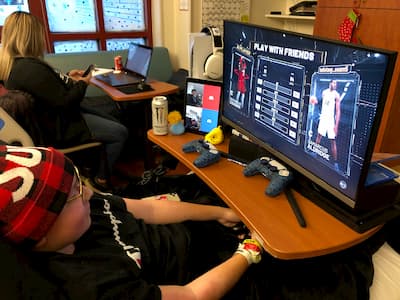 Johnson made an effort to genuinely connect and be vulnerable with the boys, sharing that his father is who he looks up to most. He also shared that his favorite food is fried chicken, Mariah Carey sings his favorite song, and when he is not playing basketball, he enjoys hunting.