6 symptoms you should never ignore in your newborn 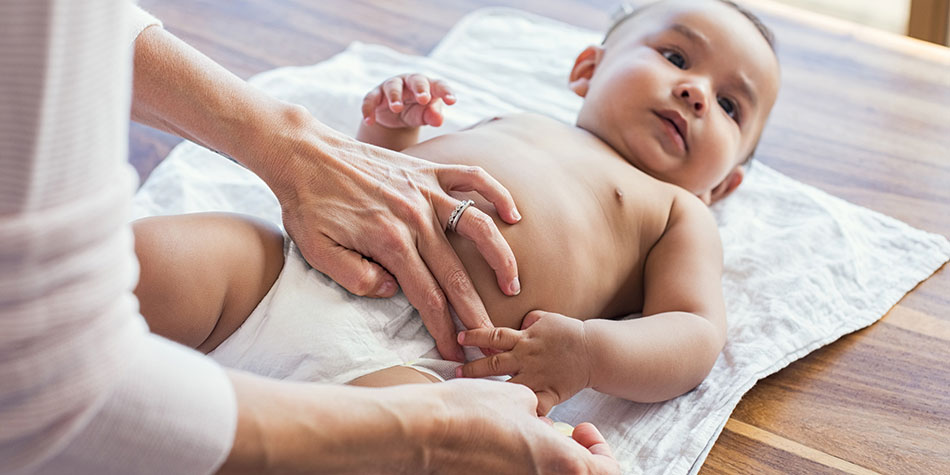 It’s a delicate balance when you’re a new parent. You don't want to call the doctor for every little hiccup, cough or bump, but you also don't want to overlook serious health issues your child may have.

So how do you know when to worry? We spoke with pediatrician William Thomas, DO, of LewisGale Medical Center in Christiansburg, Virginia, to learn about some of the symptoms that may be cause for concern.

If an infant under 3 months of age has a true fever – a rectal temperature over 100.4 degrees Fahrenheit or 38 degrees Celsius – it’s important that he or she be evaluated by their pediatrician. Doctors will perform a physical exam, since a fever (no matter what the number is) isn’t always going to indicate what is wrong.

When your child has a fever, you may notice he or she needs more fluids, has an increased heart rate, has problems sleeping or may be grumpy.

Some of the most common conditions associated with newborn fever include:

Other infections – like meningitis and sepsis – can cause fever, too. Some conditions will require immediate medical attention, so you’ll want to call your doctor right away if your child has a fever.

Though rare, for older babies and children up to 5 years old, high fevers may trigger seizures known as febrile convulsions. These are more likely to occur if someone in your family has a history of them. If your child does have an episode, their legs and arms may shake or they may lose consciousness, and you should call your pediatrician immediately. If the episode lasts for five minutes or more, call 911.

Most febrile convulsions do not cause any major problems, but children who have them are more likely to have another. They’re also slightly more likely to be diagnosed with epilepsy later on.

Newborns cry. It’s one of the only ways they can communicate with the outside world, says Dr. Thomas, but constant crying may mean something is up. “If babies are crying for hours on end, even after feedings or naps, they need to be evaluated,” he says.

The American Academy of Pediatrics (AAP) states that up to three hours of crying per day is normal for the first three months of a child’s life. After that, one to two hours a day is typical. Most babies are fussiest in the evening – somewhere between 6 p.m. and midnight.

Crying that continues through the day and night or gets worse as time goes on may mean your child has colic. Babies who develop colic often scream for long periods of time, pull up on their legs and pass gas. The causes of colic are not well understood, but some colic may be related to a breastmilk or formula sensitivity or a more serious health condition like a hernia.

If your child is diagnosed with colic, here are some ways to comfort them:

For some babies, probiotics work well as colic treatment, but you should talk with your pediatrician before giving them to your child.

All babies are going to spit up: it’s a natural part of eating. But excessive spit-up or vomiting could require a trip to the pediatrician.

Babies typically spit up because they are full, their bodies have changed positions after being fed or they swallowed extra air during a feeding. This is normal and doesn’t usually cause them discomfort.

However, if you notice that they are burping, spitting up then crying or they’re vomiting up a large amount of milk after feedings, Thomas says your child probably needs to be evaluated in case they have gastroesophageal reflux disease.

You’ll also want to see a doctor if there is blood in the vomit or your baby is having trouble gaining weight. Regularly spitting up can be prevented by making sure your baby is positioned well for feedings, burping them when they stop feeding and limiting any jarring activities after feedings. You can talk with a lactation consultant if you’re having trouble.

Newborns sleep a lot, but they should still wake up every few hours to eat. “When your child is awake, they should be looking around, babbling and should be startled by loud noises and things like that,” says Thomas. “Low energy means they just aren’t their normal, active self and aren’t as engaged with the world as they usually are.”

If your baby is showing any of the following signs, see your doctor:

Thomas says your infant will be checked for rashes before they leave the hospital – specifically for anything bumpy, flat, red or scaly. So, if you notice any spots pop up later on, you should call your pediatrician. Thomas also recommends you see your doctor if your baby has a fever, or if a rash looks blister-like, oozes, is discolored or looks wet.

The first few days following birth, a typical newborn will pass a substance called meconium, which is usually black, tarry and odorless. After a day or two of this, you should notice that your baby’s stool turns dark greenish yellow and has the consistency and appearance of mustard with seed-like bits in it. If your child is receiving formula, they may have yellowish-tan stool that looks pasty.

If you notice that your baby has bowel movements that are white, dark black or red, see your pediatrician. Dr. Thomas says that dark black stool any time after the meconium has passed could indicate some sort of gastrointestinal bleeding.

Even though it’s completely normal for a child’s poop to change colors, it’s better to call your pediatrician to be sure. Keep track of the color, frequency and consistency of the stool so you can share these details with the doctor.

Is your anxiety normal or a sign of something ...

May 3, 2021
Anxiety can be a normal part of life, but excessive worry isn't. How can you tell if your anxiety is a more serious health issue?
Previous Post

May 3, 2021
Did you know women are more likely to die after a stroke than men? They may also experience some unique symptoms.
Next Post
Back to blog home

How to relieve heartburn

The importance of well-woman visits