Do You Really Need an Antibiotic? 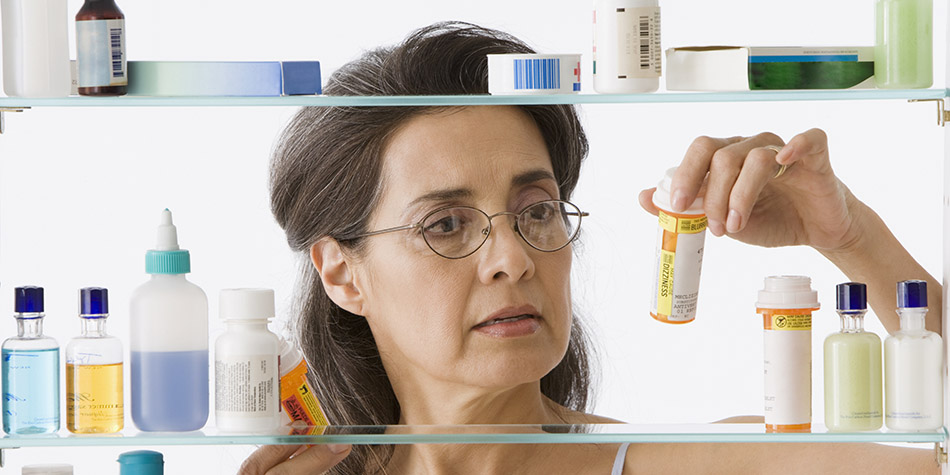 If you’ve got a fever and you’re coughing, congested or battling a sore throat, chances are you’re also missing work, losing sleep — and running out of patience. It’s natural to want to feel better as quickly as possible. Many people with flu-like symptoms think antibiotics are a quick-fix for their misery. But in most cases, antibiotics are not the answer.

Antibiotics are powerful drugs, but they aren’t a cure-all. They specifically target bacteria, killing these microscopic organisms or preventing them from reproducing. But most chest colds and other illnesses are not caused by bacteria.

“The vast majority of respiratory illnesses are viral,” explains Rush Brown, MD, a primary care physician affiliated with Memorial Health in Savannah, Georgia. “Antibiotics will not do anything to a virus. They will not help at all.”

Bacteria vs. virus: What’s the difference?

Bacteria are ubiquitous. These one-celled microscopic organisms can be found just about everywhere in the environment — even in the human body. Different types of bacteria live on your skin, inside your mouth and along your digestive tract.

Many of these microbes actually help you stay healthy. Only certain species of bacteria, including some that are normally found on the body, have the potential to make people sick, including Streptococcus, Staphylococcus and E. coli. These and other types of bacteria are responsible for some common illnesses, like strep throat, bacterial pneumonia and urinary tract infections (UTIs). The immune system can usually fight harmful bacteria on its own. More serious infections, however, are treated with antibiotics.

Antibiotics often work quickly. Even though these drugs may need to be taken for a week or more, people usually start feeling better and are no longer considered to be contagious after about 24 hours. Although antibiotics are highly effective against bacteria, they are useless against viruses — the culprits responsible for the common cold, the flu and other viral illnesses that cause similar symptoms.

Unlike bacteria, viruses need a living host to replicate. These tiny germs consist of genetic material wrapped in protein. Antibiotics won’t clear a viral infection, help you feel better or prevent you from spreading the illness to others.

In fact, there is no specific treatment for most viral illnesses. If taken right away, some anti-viral medications can reduce the severity and duration of the flu, according to Dr. Brown. But in most cases, people with a cold or other virus must rely on rest, fluids and other supportive care until they recover on their own in about one to two weeks.

“The reality of the matter is we cannot make them well overnight,” he says. “It just takes time.”

The risks of antibiotic misuse

Since the symptoms of flu-like viruses are similar to the warning signs of a bacterial infection, it’s often tough to tell the difference. Feeling uncertain or frustrated, some people urge their doctor to prescribe them an antibiotic without knowing whether or not they really need it.

“For many years, unfortunately, my colleagues handed them out to make patients happier, maybe before we had as much data and before we were tracking these things as well as we do now,” Brown says. “We’re certainly trying to reeducate everyone.”

Every year in the United States, about 30 percent of antibiotics — some 47 million prescriptions — are still prescribed unnecessarily. This is not only unwarranted but also risky for two reasons:

Things you can do

If you’re suffering from a range of symptoms, including a runny nose, cough, low-grade fever, sore throat, and other flu-like symptoms, you may have a virus. If so, antibiotics won’t help but there are some things you can do to ease your discomfort, including:

You can also try over-the-counter cough remedies or saline nasal sprays to get temporary symptom relief. These should be taken only as directed. Some of these products contain more than one active ingredient. Read all labels to ensure you’re not taking too much of any one medication.

Viruses usually clear up in a week or two. If your symptoms persist for more than 10 days without improvement, you could have a bacterial infection or another health issue that may need treatment and you should see your doctor.

Some other warning signs and symptoms that should be evaluated by a doctor:

Your doctor can perform a physical exam and tests to determine if you have a bacterial infection or another health issue that requires treatment. Sometimes a blood or urine test may also be needed to confirm or rule out a diagnosis.

“I would say a temperature above 100.5 [Fahrenheit] for more than 48 hours that’s just not getting better should certainly prompt somebody to get checked out,” advises Brown. “Let somebody look at you so that we can try and figure out if there’s something else going on or something we need to treat.”

Seek immediate medical attention if you’re having trouble breathing, are in severe pain or if you’re confused or disoriented. These may be symptoms of a life-threatening infection or other medical emergency.

April 5, 2021
B.E. F.A.S.T. in identifying the symptoms of a stroke and prevent lasting damage.
Previous Post

The right way to treat a sinus infection

April 5, 2021
Find out how you can treat your sinus infection at home and when it's time to call your doctor.
Next Post
Back to blog home

The COVID-19 Vaccine and Breastfeeding: What we know now

Do you need the HPV vaccine?

6 symptoms you should never ignore in your newborn