How to relieve heartburn 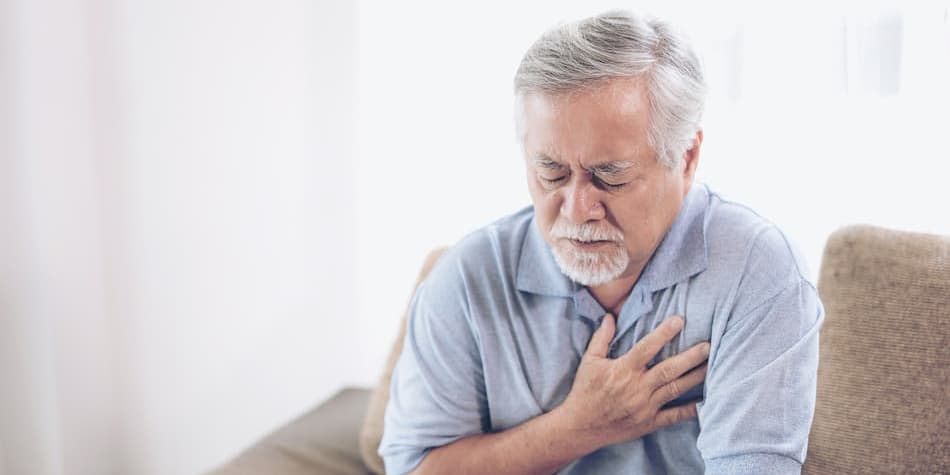 Heartburn is extremely common. Sixty million Americans experience at least one episode every month and some studies report that more than 15 million Americans have symptoms every day. If you’re one of the many people who live with the discomfort of heartburn, there’s good news. You can find ways to treat and prevent the condition — it is all about understanding your triggers.

Richard K. Englehardt, MD, with the Heartburn and Reflux Program at Methodist Hospital | Specialty and Transplant, shares how you can put out the fire you may be feeling.

“A lot of people think that heartburn is discomfort in the upper abdomen, or they’ll say they have heartburn while pointing to their belly,” says Dr. Englehardt. “But heartburn is when your heart, or your chest, literally feels like it is burning.”

Heartburn is usually associated with something called acid reflux, which is when stomach acid flows backward (reflux) into the esophagus, the tube that connects the throat and the stomach.

During normal digestion, a ring of muscle at the bottom of the esophagus called the lower esophageal sphincter (LES) opens to allow food to pass into the stomach and then quickly tightens to prevent backflow into the esophagus. If the LES malfunctions, contents from the stomach, including food and corrosive digestive juices, can rise back into the esophagus. While stomach lining is acid-resistant, the esophagus lining is not. When acid refluxes, it can get inflamed or irritated, causing a burning sensation.

Anything that increases stomach acid or relaxes the LES can contribute to heartburn. Some common causes include:

Heartburn is also associated with fatty foods (including those with healthy fat like avocados) because they take longer to digest. “The longer food sits in your stomach, the greater the risk for reflux,” said Dr. Englehardt. “The worst thing is eating a fatty meal and then going to bed. You lie down, and the contents of your stomach come right up – a lot of people wake up choking on acid.”

There are many other supplements and medications, both prescription and over-the-counter (OTC), that can may worsen the symptoms of heartburn. Even if you suspect a medication may be causing acid reflux, do not stop taking it. Instead, speak to your doctor, who can help you figure out if that is actually a trigger and the next steps you can take.

Sometimes heartburn may be a symptom of a more severe problem like gastroesophageal reflux disease (GERD), which is the chronic form of acid reflux. If your acid reflux occurs more than twice a week for a few weeks, it may be due to GERD. It’s a disease where you have significant symptoms from acid reflux and/or evidence of damage to your esophagus. Americans are no stranger to GERD either – it affects around 20 percent of the population.

In addition to burning or sharp chest pain, symptoms of GERD can include regurgitation (when food or stomach fluids flow back into your mouth), nausea, a recurring sour or bitter taste in your mouth, difficulty swallowing, sore throat, dry cough, bad breath, damage to tooth enamel, wheezing or repeatedly needing to clear your throat.

For occasional acid reflux, OTC antacids like Mylanta, Rolaids, and Tums, can provide quick relief by neutralizing excess stomach acid. They don’t, however, reduce acid production and only provide relief for a short amount of time. For that, there are other OTC options.

H-2-receptor blockers, like Tagamet HB, and Pepcid AC, reduce acid production, while medications known as proton pump inhibitors (PPIs) block acid production for even longer to allow time for the esophagus to heal. Prilosec OTC, Prevacid 24 HR and Nexium are examples of PPIs. Prescription versions of H-2-receptor blockers and PPIs are also available, as are drugs that help strengthen the LES.

Lifestyle changes like losing weight, avoiding trigger foods and eating smaller meals can go a long way toward easing symptoms of heartburn or GERD. To keep stomach acid from escaping into your esophagus, experts also recommend remaining upright for three hours after eating.

For added insurance, prop up the head of your bed about six inches or insert a wedge between your mattress and box spring to elevate your body from the waist up. Don’t try the shortcut of sleeping on a few extra pillows. This actually makes reflux worse by bending you at the waist and compressing your stomach.

In more severe cases, surgery may be required to tighten the LES. For chronic heartburn or GERD, your healthcare provider can help you figure out the right combination of lifestyle changes and medication options.

When to see the doctor

Over time, reoccurring heartburn or GERD can lead to serious health problems, such as inflammation of the esophagus (esophagitis), a narrowing of your esophagus (esophageal stricture), respiratory problems (caused when stomach acid gets into your lungs), ulcers of the esophagus and Barrett’s esophagus, a condition in which the cells lining the esophagus become abnormal. If you think you have GERD, it’s important to schedule a visit to your doctor.

Heartburn can also be a symptom of a peptic ulcer. They are very closely related because the esophagus and the stomach are attached to each other, so some symptoms can overlap. While they may feel similar, heartburn and ulcers are very different conditions with varying causes, symptoms, prevention strategies, and treatments. If you’re experiencing burning in your stomach, pain that is eased by eating but causes discomfort a few hours later or a feeling of fullness, check with your doctor about the possibility of a peptic ulcer.

If you are requiring antacid medications more than once a day or on a regular basis, or continue to have symptoms while on a medication, contact your doctor.

Other symptoms that should prompt a visit to your healthcare provider include:

If at any time you suspect your pain might actually be a heart attack, which can be mistaken for digestive problems, seek immediate medical attention.

Whether your heartburn is an infrequent nuisance or a chronic condition, a combination of lifestyle changes, preventative measures and guidance from a healthcare professional should help towards alleviating your pain.

November 18, 2020
Lung cancer is the second most common type of cancer and the leading cause of death. Learn more and how to help prevent it.
Previous Post

9 ways to optimize your health before conceiving

Are you thinking about starting a family? Much of the focus is understandably on tracking when you’re ovulating and when to have sex. While...

Is your anxiety normal?

5 Ways to Keep Kids Safe in the Summer Heat