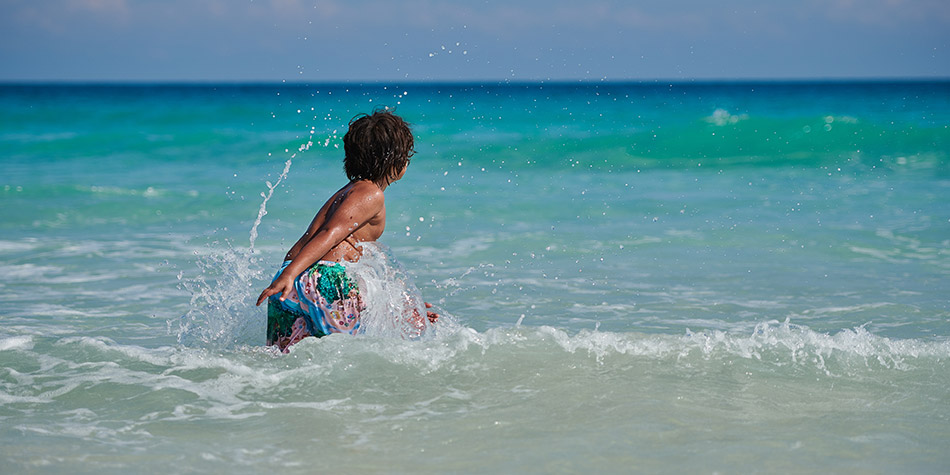 Every summer, it seems like new—and frightening—cases of “dry drowning” or “secondary” drowning pop up on TV shows, news reports and social media. These accounts are often accompanied by claims that a child can die days or even weeks after a scary water-related incident.

But what are dry and secondary drowning? And do we really need to worry about them?

Although they lack a medical definition, the terms “dry,” “delayed,” “secondary,” “near,” “wet,” “active” and “passive” drowning are frequently used both by providers and the lay media to describe patients who have some degree of respiratory difficulty after being in the water, but are still alive. Here are some of the commonly used terms:

The World Health Organization (WHO), International Liaison Committee on Resuscitation (ILCOR), American Heart Association (AHA) and all other major resuscitation bodies define drowning as the process of respiratory impairment after submersion or immersion in liquid, with outcomes ranging from no injury to death. Drowning is a process, not an outcome.

Most importantly, drowning is caused by lack of oxygen, not the amount of water entering the lungs, as is often believed.

So, why are these misnomers so widely used? In common use, we equate the term “drowning” with death and struggle to describe the scenario in which someone drowns but does not die. But there is a medically accurate term for these cases: “non-fatal drowning.”

What is non-fatal drowning?

Although there are approximately 4,000 fatal drownings in the United States each year, non-fatal drownings are far more common. In fact, it’s estimated that for every fatal drowning, there are at least five non-fatal drownings that require medical care. Though we commonly think of all drowning persons as having been completely under the water (submersion), drowning can also occur if there is respiratory impairment from water splashing in the face (immersion). Drowning incidents happen during whitewater rafting, as well as in heavy ocean surf, wave pools or waterslides, where the person takes in water even though their head is above the water.

After someone is rescued from the water, look out for symptoms like coughing, wheezing or lightheadedness. If you also begin to notice more severe ones like irritability, confusion, headache, lethargy, vomiting, respiratory difficulties or unconsciousness, seek emergency medical care.

“If there are any symptoms, the person has drowned. It might be a mild drowning, but they should go to the emergency room or doctor where they’ll be observed for a few hours,” says Justin Sempsrott, MD, Medical Director of the Emergency Department, West Valley Medical Center in Caldwell, Idaho and Executive Director of Lifeguards Without Borders. “An easy rule of thumb is to take them for further evaluation if they have more of a cough or respiratory difficulty than you would expect from water ‘going down the wrong pipe’ at the dinner table.”

If you or a loved one is experiencing a medical emergency, please call 911 immediately.

Keep in mind: A drowning victim’s condition will not deteriorate days or weeks later without any symptoms. Respiratory or neurologic symptoms will be present as soon as they get out of the water and will either get better or worse over the next few hours.

If concerning symptoms develop more than eight hours after leaving the water, then you should still seek care, even though it was not caused by the drowning event.

Some ways to reduce drowning risk include:

Remaining vigilant and taking the proper steps to reduce the risk of drowning can protect you and your loved ones from both fatal and non-fatal drowning. If a medical emergency does occur, be prepared by knowing where to go. Find your neighborhood Methodist ER.

Is it Lyme disease or something else?

July 1, 2021
Symptoms of Lyme disease may be confused with other conditions. Here's how to tell if you have the tick-born infection.
Previous Post

July 1, 2021
With a new baby you're probably missing out on a lot of sleep. Here are tips to help you and your baby get the most sleep you can.
Next Post
Back to blog home

When should you call the pediatrician?

What Are My Surgery Options After Breast Cancer Treatment?