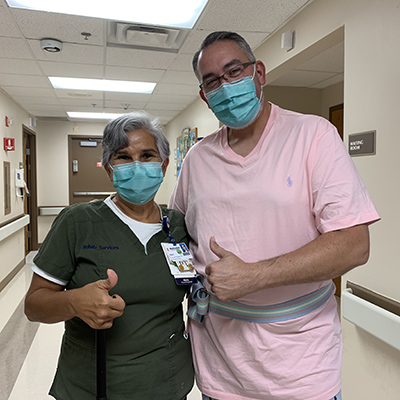 Diagnosed with Parkinson’s disease in 2017, 45-year-old Adrian Mireles is a living example of adversity. Living with his wife and beloved animals in Del Rio, Texas, he continues to not let his health issues slow him down and live life to the fullest. In addition to having Parkinson’s disease, Adrian has diabetes and suffers from seizures. Unfortunately, his most recent seizure landed him in the hospital in Del Rio.

After the seizure, Adrian was having trouble breathing and was experiencing Todd’s paralysis, which caused one side of his body to be paralyzed. Needing further care that the smaller Del Rio hospital couldn’t provide, he was transferred by helicopter to Methodist Hospital Metropolitan in San Antonio. 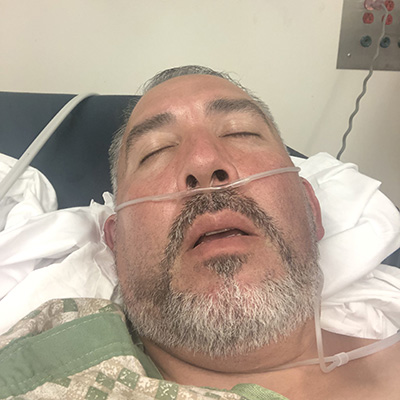 At the time, many hospitals didn’t have a bed for him, but Methodist Hospital Metropolitan did. “Whether it be God or fate, I couldn’t have been sent to a better place,” Adrian shared. He had spent time at the same hospital in May of 2020 after having a stroke. He felt comfortable being transferred to same hospital again after receiving exceptional care during his first visit. It was also important to his wife that he was in a hospital that she felt comfortable with so she could go back home to be with their animals.

Adrian arrived at Methodist Hospital Metropolitan on oxygen and as he describes, “out of it.” His care team worked to get his breathing under control and told him that the Todd’s paralysis he was experiencing would soon go away. Todd’s paralysis can occur after a seizure and causes focal weakness in a portion of or all of the body. This weakness is typically localized to either the left or right side of the body and usually goes away within 48 hours. 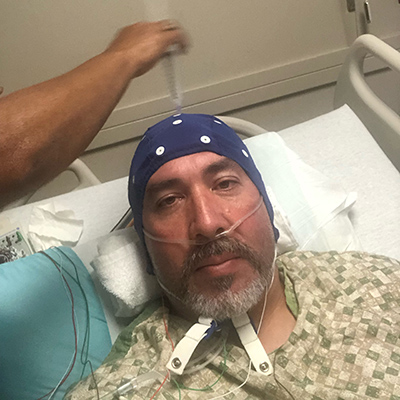 After a few days, he started to look better. Still, unfortunately, his Parkinson’s disease was slowing the process of the paralysis going away. After a week, he didn’t see any changes in the mobility of his hand, arm, or leg, and was feeling defeated.

Adrian was then moved to the rehabilitation department at the hospital to receive physical and occupational therapy to hopefully help him regain his mobility. The rehabilitation team worked with him every day, and within seven days, he was able to use his hand, arm, leg, and could walk again!

By the end of his stay at the hospital, Adrian was walking with his cane again as if the seizure never happened. He was even able to walk without his cane on occasion, which he said he hasn’t been able to do in four years. Adrian has also struggled with standing up and sitting down due to his Parkinson’s disease, but thanks to the therapy he received it’s a little easier now. 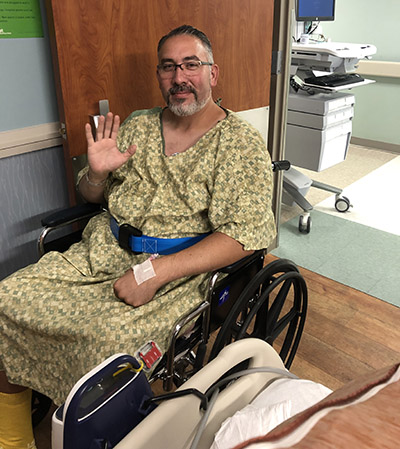 “For someone like me, I’m just grateful. I don’t know where else you can go where you come in paralyzed, and within seven days in rehab, you’re walking again,” said Adrian.

At first, Adrian says he felt down about being hospitalized and having paralysis. He felt like his exercising and diligence with his health were all for nothing. When he didn’t see physical changes right away, he felt even more down and started to accept that he was paralyzed permanently. However, once he was brought to the rehabilitation department, he didn’t have time to sulk; he was constantly working and motivated by his team.

“I’ve always been an optimistic person. If things happen and you’re not optimistic, it’s all going to go downhill. It’s the same thing when it comes to health issues or any challenges in life.” 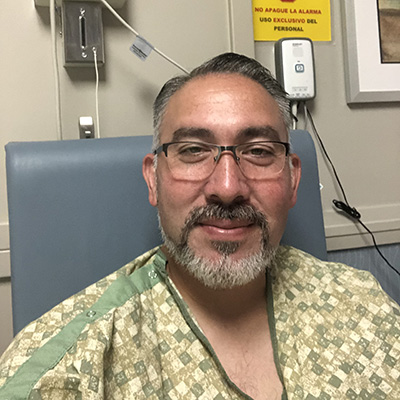 Despite his health issues, Adrian jogs or walks about 6 miles every day, religiously. Two or three days a week, he goes to the gym and bikes two miles, and also does core workouts. He does this to hopefully help him remain independent and mobile for as long as he can. Because he has been physically active, his therapy and recovery were a lot smoother and faster, his therapists say.

“If you’re going through something challenging, don’t look down on the situation. If you want to make it and live long enough to try and have a better day, you have to put in the effort. Sometimes people don’t want to put in the work or do their part, but to me, they’re shortening their lifespan. They’re accepting what they have instead of working at it and seeking help. Go somewhere where they’ll treat you like a human and make you look forward. If you keep looking back, you’ll start going backward in life,” Adrian shared.

Adrian is now back home with his wife and animals and is very optimistic. He will receive in-home rehabilitation and will continue to manage his Parkinson’s disease.

“The quality of the care that I’ve received during my time at the hospital has been phenomenal. Anytime I need to be hospitalized again, for whatever reason, this will be the hospital I go to,” Adrian shared. “The team at Methodist Hospital Metropolitan makes you want to go forward and makes you realize there is a lot out there for you. They give you a big morale boost and make you feel good about yourself.” 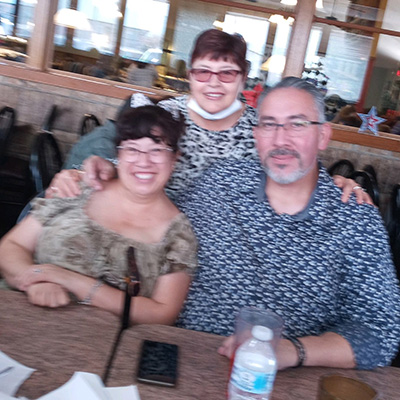 Adrian and his wife recently celebrated their 20th wedding anniversary at their home in Del Rio. Many of their family members have commented on how much progress Adrian has made and how great he’s doing.

“The humanitarianism and the professionalism are off the charts. They are human with their patients, and they do their job but will talk and laugh with you to keep you in good spirits. They remember who you are, get to know you and treat you like a friend. If you need to be hospitalized, this is the type of place you need to go.”