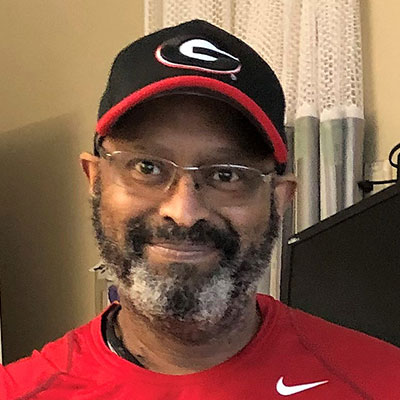 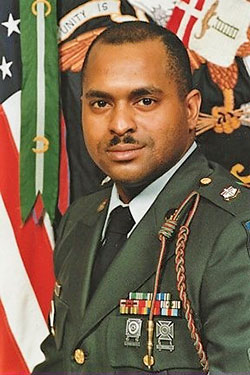 Sergeant David Brinson was in the best shape of his life. Taking part in physical training three times a day, and training other soldiers, he never imagined he would undergo two heart transplants in his life.

Brinson had actively served the United States Army for 18 years, though he never understood the signs his body was trying to tell him in the months leading to his heart failure. He was gaining weight uncontrollably over a year and at times would feel slight chest discomfort. He recognized his running times were progressively getting slower and his breathing had become more difficult.

“It [symptoms] had gone on for so long, and being my younger version of myself, I didn’t understand the warning signs my body was telling me or that I needed to get checked out until it was too late,” commented Brinson. 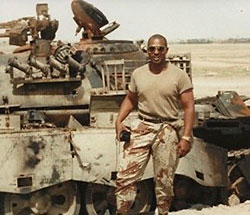 Brinson recalls waking up one morning with slight chest pain. “In typical soldier fashion, I popped a Motrin and left for my PT test,” he recalls. His life forever changed hours later when he started experiencing signs of a heart attack.

April of 1999, after coming home from his PT test, Brinson’s arm had a severe aching sensation he could not rid. He had called his wife to inform her that he was going to drive himself to the ER. Fortunately, his wife recognized the symptoms he was explaining and called her husband some help. Moments later, two military police officers presented themselves at his door, followed by an ambulance and his wife. With Brinson denying any major health concerns, EMTs ran some testing, signifying he was having a massive heart attack and needed to seek medical help immediately.

Brinson was stabilized in an area hospital where they implanted stents into his blocked arteries. Though this bought him time, one year later Brinson’s heart disease progressed and he was entering heart failure. He presented to San Antonio Military Medical Center (SAMMC) under the care of Michael Kwan, MD, Lieutenant Colonel, US Army Medical Corps.

Dr. Kwan explained that Sergeant Brinson had early onset coronary disease with no risk factors other than a low HDL (good cholesterol), despite living a very healthy lifestyle. “He didn’t drink, didn’t smoke, was incredibly fit, and was a company First Sergeant, responsible for over a hundred other soldiers. In his case, it was coronary disease that led to heart failure.”

Dr. Kwan explained to Brinson the severity of his heart failure and that his last chance at survival was undergoing a heart transplant.

“Patients go through a full transplant candidacy evaluation, to include looking for other, less invasive therapies that may improve their medical outcomes short of transplantation, which is a very rare commodity,” commented Dr. Kwan. Brinson underwent a quadruple bypass surgery to open up the blood vessels in his heart. Due to the terrible condition his organ was in, he would require a heart transplant.

Brinson was admitted into the ICU at SAMMC where he waited nearly three months before he matched with a donor heart. On July 16, 2000, Brinson (37 years old at the time) was given a new heart. During this time, his wife and children were traveling back and forth from Killeen, TX where they were stationed to visit him before they eventually made the decision to make San Antonio their permanent residence. Sergeant Brinson later retired from the military in 2001.

Life after heart transplantation is met with several out-patient appointments and annual screenings. Brinson continued his care at SAMMC with Dr. Kwan until Kwan was deployed to Iraq in 2003. While in the military, Dr. Kwan had the privilege of running the Department of Defense’s only cardiac transplant program. It was then that Brinson was referred to Methodist Hospital to continue his care. 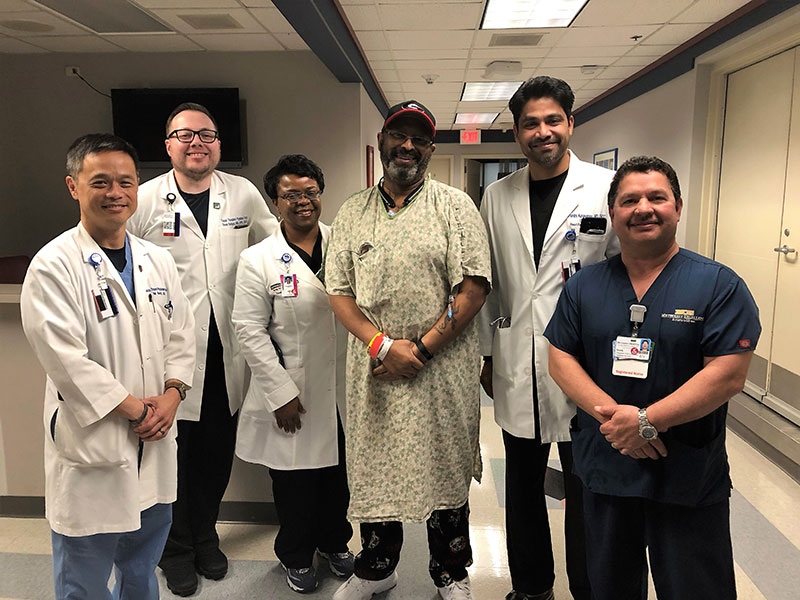 “One day I came in for my annual appointment, and who do I see? Lo and behold, Dr. Kwan. I was truly happy to see him,” Brinson recalls.

Brinson was met with some unexpected news in 2018 during his annual screening and was told his heart was in terrible condition. He would need a second heart transplant. “The biggest reason that transplants fail are rejection and progressive coronary artery disease,” commented Dr. Kwan. “All transplant recipients are closely monitored by their transplant centers for these complications, but fewer than 7% of all transplants are re-transplants.”

Undergoing a second transplant is much more complicated than first transplants. “Not only is there more scarring with a second surgery, but the first transplant increases the number of antibodies that must be cross matched and avoided for the second transplant,” commented Dr. Kwan. “In addition, patients are now older, and often, long-term exposure to antirejection medications often cause changes in other organs, complicating candidacy for any large surgery, leave alone re-do transplantation.”

January of 2019, Brinson was given a new heart. “I wasn’t afraid on the second transplant as I was the first time. It wasn’t as traumatizing, and I knew I was in exceptional hands,” Brinson commented. “The Methodist Hospital heart transplant team holds a very special place in my heart.”

It’s not every day that a healthy, young man undergoes a heart transplant, let alone two of them. It is even more unique that a physician gets to follow their patient’s journey through transplantation, being able to create an ever-lasting bond. 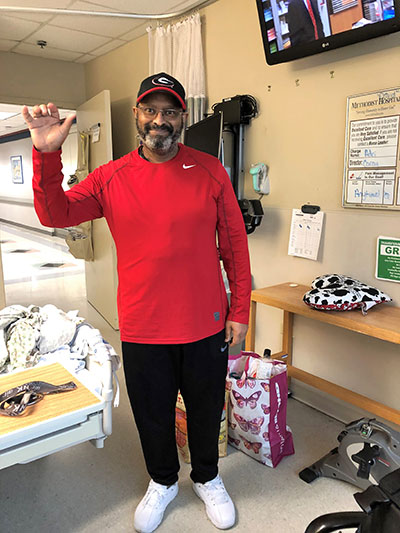 “One of the reasons I choose to enter cardiac transplantation is that not only do you take care of the whole patient (not just their heart), but you also get to know the whole family,” commented Dr. Kwan. “Watching Dave’s children grow up, knowing that you helped ensure that their dad would be there to watch them grow, watching him adjust to life after the military (mirrored by his watching my making that same adjustment years later) creates a bond between patient and doctor which is extremely rare and extremely satisfying.”