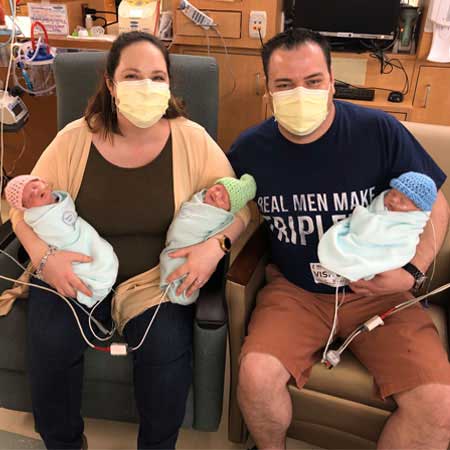 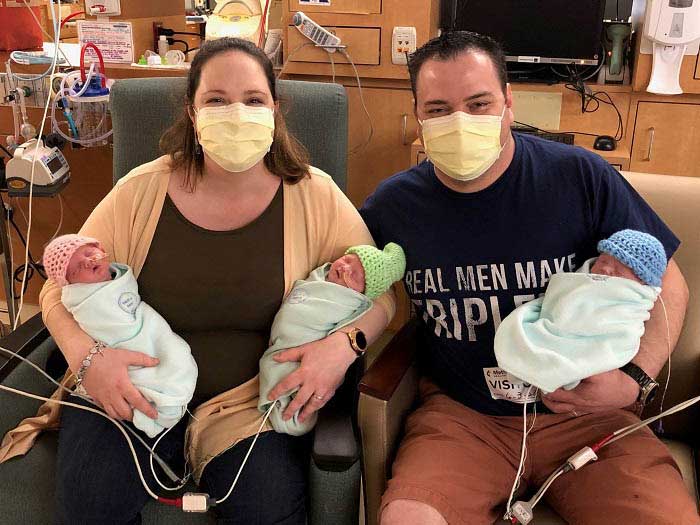 May 12, life got three times better for the Wright family when Lillian, Madelyn and Benjamin were born. The triplets are teaming up with their five-year-old sister, Evelyn, to keep their parents, Evan and Lauren, extremely busy.

“I’m looking forward to them growing up and having each other,” Lauren said.

After trying to get pregnant for several years, the San Antonio couple went through intrauterine insemination. When they learned they were having three babies, their family members and friends were shocked and excited. Evan says it was all hands on deck as they prepared for the triplets’ arrival.

“We kept all of the five-year-old’s baby stuff, but we needed three cribs, bassinets, a lot more bottles,” Evan said. “A lot of our friends donated diapers. We have a massive stock pile in our garage, but they’ll probably last us three months!” 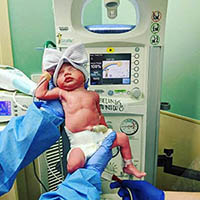 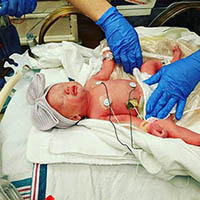 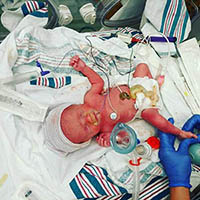 Lauren says she chose Methodist Hospital and Methodist Children’s Hospital as her partner in care because of the high-risk pregnancy care offered on one campus. Knowing her babies would need to spend their first few weeks in a neonatal intensive care unit, she appreciated the fact the children’s hospital’s NICU holds a Level IV designation – offering the highest level of care available for infants.

Lauren experienced one hospital stay two weeks before delivery. During the stay, the care team monitored Benjamin because he was struggling with cord-flow issues in the womb. His condition improved and Lauren was discharged before returning two weeks later for her scheduled cesarean section at 32 weeks, which was her goal delivery date.

The infants are reaching their milestones quickly, and they will be heading home soon.

“Already, in the last three weeks, we’ve been watching each of their own personalities form. They’ve all started to act a bit differently,” Lauren said.

More information about labor and delivery services at Methodist Hospital.