After the passing of beloved patient and friend, Rowan Windham, in 2016, Methodist Children’s Hospital renamed its annual cereal drive to honor his legacy, but to take it a step further, we created Champions for Change to continue his legacy. This program highlights kids like Rowan who show acts of leadership, compassion, and selflessness.

The following 13 students make up the 2020 Champions for Change class. Each student was selected as a Champion for their unique contributions to their communities. 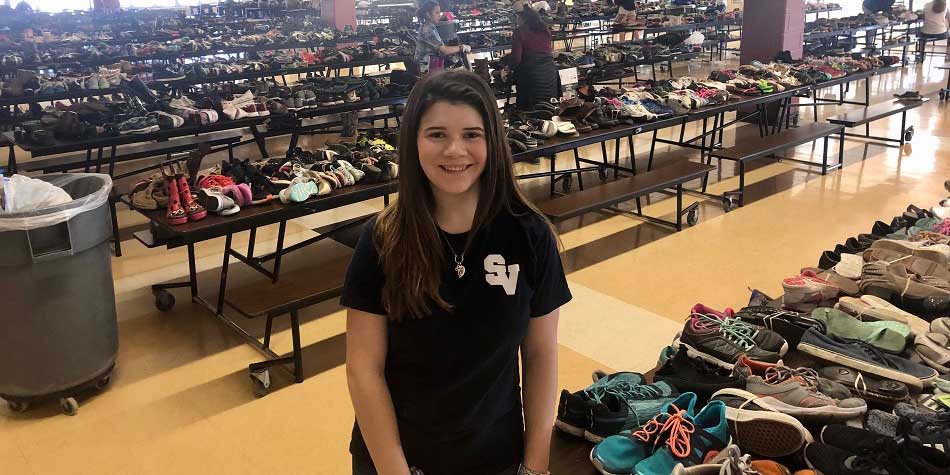 Abigail “Abby” Redin embodies what it means to be a champion through her sheer desire to make a difference in her community and in the world. One year ago, as a junior at Smithson Valley High School, Abby spearheaded a student led shoe drive as a service project. Her initial goal was to collect 1,000 pairs of shoes in 11 days for Soles4Souls, a nonprofit organization which repurposes products such as shoes to supply microenterprise businesses, disaster relief and direct assistance programs around the world, creating jobs, ending poverty and relieving landfills. This initial shoe drive spanned six campuses and collected 2,750 pairs of shoes. She received several awards for her efforts including Student Volunteer of the Year and the 2019 Student Hero award by Texas State Board of Education.

This year, as a senior, Abby continued her mission, with a bigger goal, to collect shoes from every campus in her school district – 30 campuses. This year’s Soles4Souls shoe drive collected a grand total of 16,501 shoes, 8,250 pairs, 270 boxes. This one amazing student brought together an entire school district in order to make a difference. Just the sheer amount of organization and leadership skills needed to pull this off deserves recognition. Abby didn’t do it for the recognition. She did it because she cares. 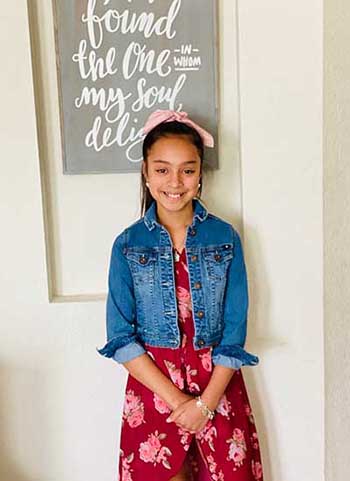 At the young age of nine, Addison is a champion for her schoolmates. After noticing apartment walkers, both children and parents, were getting wet as they walked to and from school on rainy days, Addison created the ‘We Got You Covered’ program at Carnahan. She asked for umbrella and raincoat donations, which walkers can borrow on rainy days and return to the school the following day. Addison has a close family member who is struggling with Lupus. Addison brings attention to this illness by selling candy in order to raise money to donate to the Lupus Foundation of America. Addison strives to continually improve not only our community, but also our world. 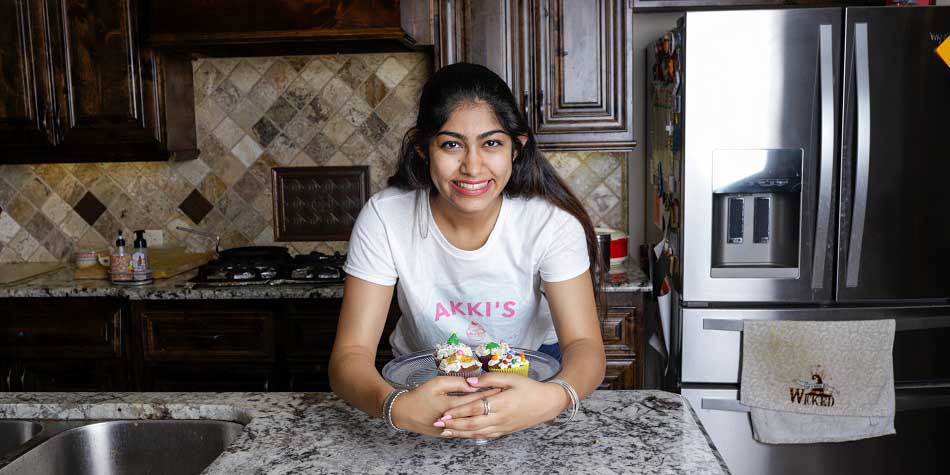 Akeila Tejwani is the CEO of Akki’s Cupcakery. At 15-years-old, she is running a baking business from her home. Her concept came from wanting to make sure kids were eating better ingredients in their food. Then, she decided to split her proceeds with local charities that help children. The charities get a 50% percent cut. This is her first year in business. At the end of April, Akeila donated more than $1,700 to six charities. When the pandemic hit, she decided to give all of her profit to the same groups.

Akeila puts others before herself. That is why she is a Champion for Change. 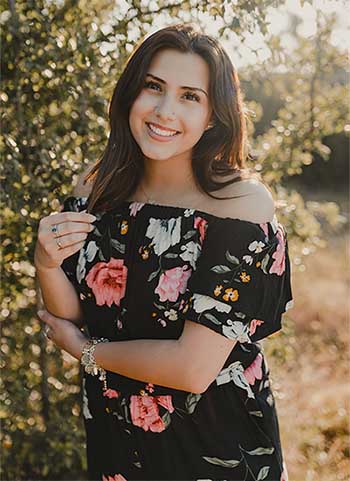 Bella Delgado is a passionate volunteer for the local non-profit, Blankets for Hope, which gives handmade fleece blankets to cancer patients while they undergo their treatments. She is always asking to make more blankets and help deliver them to patients. The director says Bella’s dedication for volunteering for Blankets of Hope is unlike anything she has seen from anyone her age. Bella has been a blessing to several hundred patients that are fighting for their lives. 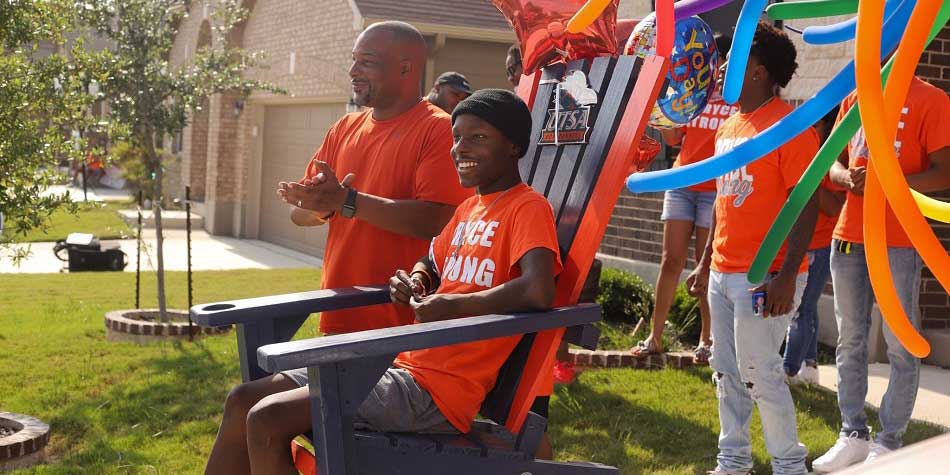 A #BryceStrong video of the Judson High student body marching with Bryce Wisdom caught the attention of talk show host Ellen DeGeneres. She tweeted ‘I’m marching with you in my living room.’ Wisdom’s calm, quiet demeanor sparked a movement of support for his battle against cancer. His dream to play football ended because he had to fight cancer twice! Pro athletes have reached out to the young cancer fighter. #BryceStrong even went up on the marquis of Judson’s archrivals. Now, 17-years-old, Wisdom is an unassuming uniter. His pain and fight showcase the depths of community spirit. 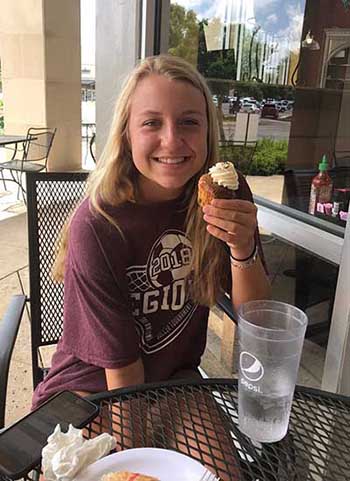 Chloe was diagnosed with Type 1 Diabetes at age six. She does not let her disease slow her down. Instead, she takes initiative to help others with the disease. As a child, Chloe attended Camp Independence, a diabetes summer day camp in San Antonio. She now volunteers her time as a junior counselor for this organization every summer where she encourages younger kids to thrive despite their disease. Additionally, Chloe and her family have formed a walk team to support JDRF every year since 2009. She has raised over $30,000 over that time to support type 1 Diabetes research and therapies through JDRF. Chloe gives back to the research community as a research subject through the Diabetes and Glandular Disease Clinic. She has taken part in research studies by trailing technology seeking FDA approval. Chloe embodies what it means to be a champion for her community, inspiring change and helping others overcome challenges. 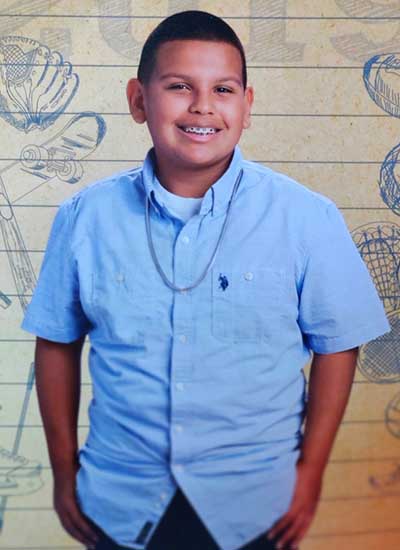 In 2017, when he was just ten-years-old, Gabriel Gonzales lost his dear friend to bullying. This awakened his desire to be a voice for antibullying. That year, he passionately addressed his 4th grade peers on the importance to Be a Buddy, Not a Bully. Gabriel’s efforts have continued, with speaking presentations at more than six elementary schools alongside the San Antonio Police Department and McGruff the Crime Fighting Dog. This school year, Gabriel hopes to speak to students at 10 schools.

Gabriel is a Champion for Change. He is a committed advocate, spreading the message of the importance of respect and building positive relationships with one another throughout the community. 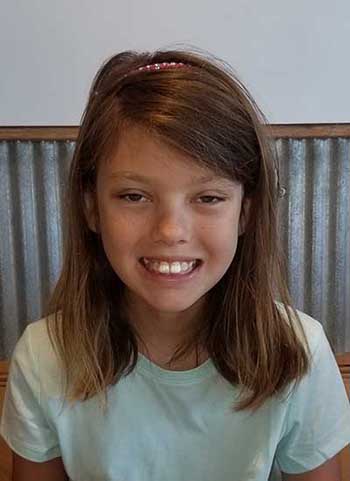 Greenly Van Orden suffers from a very rare disease that has no cure. It is devastating watching her go through it, but she is a fighter and doesn't let it hold her back. As a side effect of her disease, she suffers from tremors that inhibit her ability to write and create art. However, she does it anyways. During this COVID-19 pandemic, she has been creating artwork to sell. Her goal is to use the money she makes from her art to donate to food banks and the research for COVID-19 so they can find a cure. Through her selfless actions, she is selling artwork and overcoming the disease.

Greenly embodies what it means to be a champion. She puts love and care into everything she does. She is always thinking about everyone but herself. 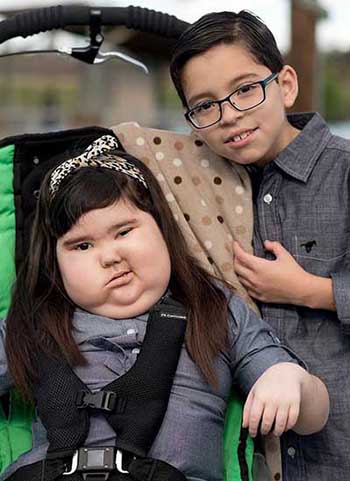 Jadon Torres lost his little sister in 2015 to a rare brain stem tumor (DIPG) with no cure. At the time he was 9 years old. He knew well that the reason we lost her was because there has been little or no research made to find a cure for DIPG. Today, he actively helps and volunteers for the nonprofit established in his sister's honor. He doesn't want any other kids to lose a sibling like he did. His goal is to cure DIPG. Since 2016, he’s helped spread awareness of the disease and also illustrated a book that we published in 2017, "Gabriella Smile". He has visited local elementary schools to read the book and raise money for research. He is a true champion for pediatric brain cancer families. 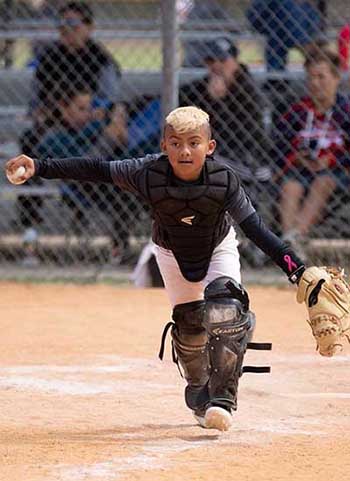 Mason Cortez is known for his wacky hair and skills on the baseball diamond. When he isn’t playing baseball, he’s raising money for childhood cancer research. Earlier this year, Mason volunteered to join the Methodist Children’s Hospital St. Baldrick’s team. Not only did Mason raise nearly $700, he also posted encouraging and fun social media messages weekly. Mason’s efforts culminated with him shaving his head to honor all of the kids who have beaten cancer, who are fighting cancer, and who have won the fight by earning their wings. Mason’s passion for others is both incredible and inspiring. It truly is remarkable to find a young person willing to do so much to help so many people who he will never meet. That is why Mason is a Champion for Change. 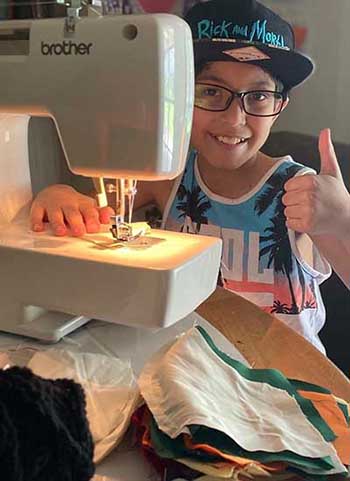 Mateo Alcorta has become a local community activist and someone first responders and front line medical workers can count on. In February, when the coronavirus pandemic struck, Mateo wanted to help. He began researching how to make face masks. Once he settled on a design, his parents supplied him with the materials he needed and his mother taught him how to sew. Initially, Mateo supplied neighbors with face masks utilizing the Nextdoor App. As the situation worsened, Mateo wanted to make a bigger impact. His message and mission have soared. He’s made well over 1,000 masks, free of charge, for medical professionals, military workers, officers, nursing homes, people with health issues and people who just want to protect themselves. Not only has he made a difference in the San Antonio community, but has shipped masks across the United States, Singapore, the UK and Canada.

Mateo says his payment is knowing that he has been able to help in the fight against the virus. He likes the feeling of helping the world even if it's for a handful of people. 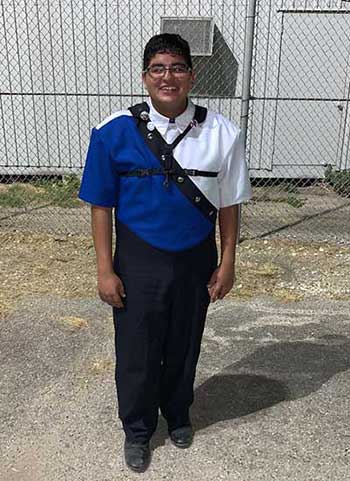 Volunteerism is in Trey Duron’s blood. He’s grown up volunteering at Methodist Children’s Hospital with the LITTLE HEROES PROM, Trick or Treat for Kids with Cancer, Bereavement Remembrance ceremonies for families who lost children to Cancer and with Camp Discovery.

Most recently, Trey became passionate about mental health and the lack of access to help for students in schools. Trey, along with some other students, began to attend school board meetings to petition the board for help. He got to work alongside City Councilman Rey Saldania, taking notes at meetings and staying up late way past his bedtime. After many long nights and a lot of work, Trey was able to help open the mental health resource center in South San ISD. Trey’s compassion for mental health, cancer survivors, and the homeless make him stand out among others. He’s a true community champion. 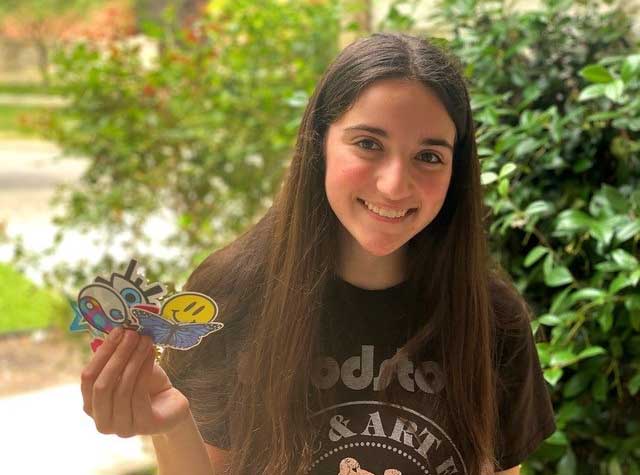 Styra lives to make the world a better place. After Hurricane Harvey in 2017, she put together a lemonade stand in the neighborhood and raised money to help Houstonians in need. In 2018, she created a coloring book for kids in local children’s hospitals. The pandemic sparked her latest efforts of designing and developing her own website for her business ‘Styra Reese Designs’. She developed a #ColorOutCovid19 Activity Pack, which includes critical safety reminders to wash your hands and distance 4 everything. There are also tic-tac-toe games and a maze. Styra is donating all proceeds from the $2 kit to NO KID HUNGRY to support and feed kids who are struggling during this pandemic. Styra thinks outside the box to do what is right for her community.

Adjusting to a new normal: Life after cancer

Parenting and coronavirus: Caring for children...

Should your child go to their doctor’s appointment? Here’s what you need to know about caring for your child during the coronavirus pandemic...

Car safety in the summer

When should you call the pediatrician?

Keep your family hydrated during the summer heat

7 tips to create a safe sleep environment for your baby