Bite symptoms you should never ignore 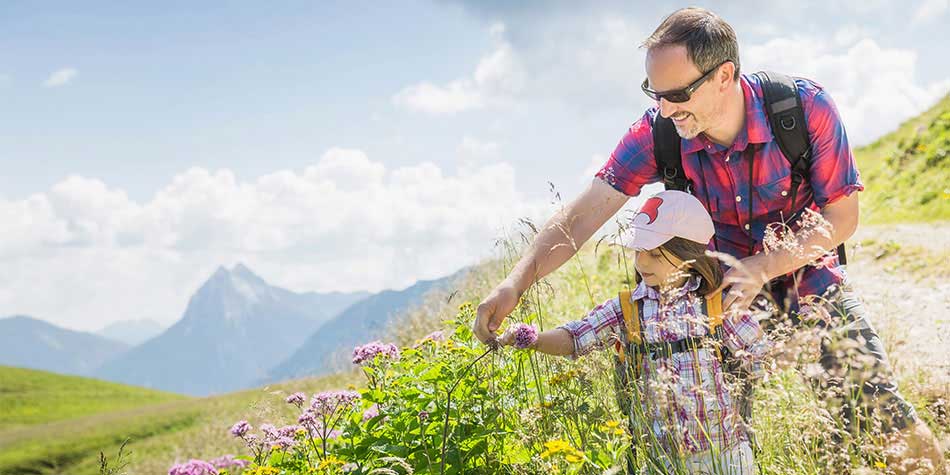 Along with backyard barbeques, picnics and humid hikes on summer days, come the possibility of bites from bugs, or other backyard creatures like snakes. Some bug bites may go unnoticed while others are so itchy and swollen you may be willing to try an array of over-the-counter remedies, like hydrocortisone creams or oral antihistamines, to get some relief. Even annoying insect bites aren’t usually cause for alarm, but some may require medical attention.

Snakes are another outdoor creature that can cause some serious damage from a bite. Not all snakes are venomous, and not all snakes bite, but especially here in Texas we have to be aware of the dangers they pose. About 7,000 people are bitten by snakes annually in the United States. Though roughly half of all venomous snake bites don’t inject venom, on average 1-2 people will die from a snake bite in Texas.

Even seemingly harmless bug bites can lead to complications. In other cases, insect bites and stings that aren’t dangerous for some people could trigger allergic reactions in others. Meanwhile, certain insects could spread infections, such as Lyme disease, Zika virus or Rocky Mountain spotted fever (RMSF), in parts of the United States and other locations around the world.

How do you know if your nagging bug bite is anything to be concerned about? The answer to that question depends on what bit you, how your body reacts to the bite and whether or not it becomes infected.

Bugs: What bit you?

Some bugs are stealthy. You might not realize that you’ve been bitten until it’s too late. In some cases, you may not even be sure of what landed on your skin. Usually a bug bite or sting isn’t cause for alarm, but there are certain situations that may require medical attention:

Ticks: If you find an engorged tick embedded in your skin, it has probably been there a while. Ticks don’t start feeding for 24 hours or more after planting themselves on your skin and it usually takes around 36 to 48 hours of feeding for them to transmit certain diseases.

Not all ticks found in the United States carry pathogens, but some blacklegged ticks can transmit infections, such as Lyme disease and anaplasmosis. American dog ticks, Rocky Mountain wood ticks and brown dog ticks can spread Rocky Mountain spotted fever. Ticks that spread these diseases are typically found in certain parts of the United States, particularly the northeast or mid-Atlantic region, northern California and the north-central states (Minnesota, Wisconsin, and Michigan).

Most people with Lyme disease – roughly 70 to 80 percent – develop a bulls-eye rash, but not everyone will. Other signs of a tick-borne illness include:

If blood tests confirm that you have Lyme disease, the bacterial infection can be effectively treated with antibiotics.

In most cases, early treatment of Rocky Mountain spotted fever and anaplasmosis with antibiotics can reduce the risk of serious complications. If left untreated, both can be life-threatening.

Venomous spiders: Most spider bites are harmless and only result in some redness, swelling or itchiness. Spider bites can often be treated by simply cleaning the area with mild soap and water and applying a doctor-prescribed antibiotic cream to prevent an infection. If you were bitten in the arm or leg, it might also be helpful to apply a cool, damp cloth to the area and keep it elevated. You may need antibiotics if the bite becomes infected (more on that later on).

Bites from black widow, brown recluse and other venomous spiders, however, can trigger more serious reactions. You may not always be able to see what bit you but if you do catch a glance, keep in mind that brown recluse spiders usually have a violin-shaped pattern on their body near their legs. Black widows have a large round body, with a red or orange hourglass marking on their under belly. See your doctor if you have:

If you’ve been bitten by a black widow, and you’re experiencing severe pain, your doctor may recommend an injection of antivenom – a medication that helps to stop the effects of the toxins that have entered your body. And in some cases, a brown recluse bite may cause an ulcer or lesion to form, which will require further medical treatment. It’s also particularly important to see your doctor if you haven’t had a tetanus booster within the past five years.

Mosquitos: Certain mosquitos can spread infections, including West Nile Virus, Zika virus, dengue fever and malaria. These infections aren’t as much of a concern in the United States as they are in other parts of the world, but they’re not completely out of the question. In 2016 and 2017, there were major Zika virus outbreaks in states like Florida and Texas, so it’s important to be aware of any reports of local transmission. However, if you’ve recently traveled to Africa, Asia, South America, the South Pacific and any other high-risk regions, it’s especially important to watch out for possible warning signs of mosquito-borne diseases, such as:

It’s very important for you to communicate to your physician that you were in any of these areas recently so that they can think through the proper diagnosis.

There are not many specific treatment options for mosquito-borne illnesses but acetaminophen can help reduce your fever. Your doctor may also advise you to stay hydrated and rest as much as possible. Malaria requires specific drugs to kill the parasite, but treatment depends on which parasite is involved, as well as your age and symptoms. Treatment may also differ for women who are pregnant.

Although rare, some mosquito-borne diseases could lead to more serious problems. Some people with West Nile virus may develop meningitis or encephalitis (inflammation of the brain), which may require additional treatment and a hospital stay involving intravenous fluid treatment, breathing support or nursing care. Severe dengue fever could cause internal bleeding and other complications. See your doctor immediately if you develop:

There are many species of snakes in Texas, and not all of them are venomous. It’s important to identify snakes you may encounter in the wild, and if they pose a real threat to you, your family, or your pets. There’s no one sure fire way to determine if a snake is venomous or not, but the best way to avoid being bitten is to learn more about the snakes in your area and stay far away from any snake you encounter. Read more about snakes from the Texas Parks and Wildlife Department.

What to do if you’re bitten by a snake

If an individual or a pet is bitten by a snake, it’s important to seek medical attention immediately. Seconds are critical in reducing the damage from the venom. Remember to stay calm and be sure to immobilize the bite area. Remove any tight clothing or jewelry that could cause additional damage if swelling occurs. Call 9-1-1 or the Texas Poison Center Network at 1-800-222-1222 to find out what medical centers in your area have the appropriate antivenin.

Symptoms of a snake bite

There are many environmental factors that will determine the symptoms experienced after a snake bite. It’s important to know that the species of the snake, the amount of venom and the toxicity of the venom released, as well as the size of the victim all play a part in the severity of the victim’s reaction. Snake bites can be life threatening, so it’s important to recognize symptoms and to remain calm.

Like peanuts, dust, pollen and other allergens, some people are allergic to specific bugs. Insects that can trigger allergic reactions include mosquitos, kissing bugs, bees, wasps and fire ants. A typical reaction for those who are not allergic may include pain, swelling and redness that’s confined to the sting or bite area. But if you’re having an allergic reaction, the symptoms may be more severe. Allergic reactions can cause:

In severe cases, insect bites can trigger a life-threatening allergic reaction, called anaphylaxis, an emergency that requires immediate medical attention and treatment with epinephrine, corticosteroids and antihistamines. Symptoms include dizziness, a sharp drop in blood pressure, loss of consciousness or cardiac arrest (sudden loss of heart function), usually within 5 to 30 minutes – sometimes up to an hour – of getting the bite.

Regardless of the insect, a bite or sting could become infected if you’re scratching or picking at the area, because bacteria, such as streptococcus and staphylococcus epidermidis, are commonly found on the skin. If left untreated, infected bug bites could lead to a deeper, more dangerous skin infection called cellulitis, which requires treatment with antibiotics. You should see your doctor as soon as possible if you have symptoms of cellulitis, such as:

Avoid insect bites and stings with the help of protective clothing and repellents. It’s also important to plan ahead when traveling and take extra precautions if you’re traveling to areas where mosquito- and tick-borne diseases are common. In some cases, your doctor may suggest receiving certain preventive vaccines or medications in preparation for your trip.

And if you’ve had a previous allergic reaction to an insect bite make sure you are familiar with any symptoms or red flags, in case it happens again.

Bites from backyard creatures can be scary and sometimes fatal. Know where to go before an emergency strikes.

March 18, 2020 by Corinne M
Teaching heart-healthy habits to your children at a young age creates a foundation for how they will eat and exercise for the rest of their lives...
Previous Post

How to avoid germs throughout the day

March 16, 2020
Once your day begins, there are many ways you can be proactive and help reduce your risk of infection.
Next Post
Back to blog home

5 things to know about testicular cancer

Supersized: The do’s and don’ts of portion control

How to handle your grief during the holidays