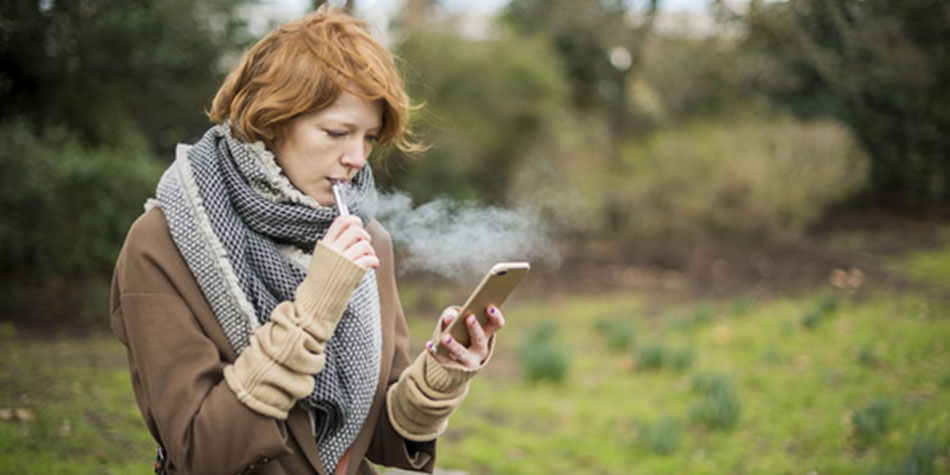 The use of electronic cigarettes (e-cigarettes) is on the rise, but are e-cigarettes any different from regular cigarettes? Here’s what you need to know about e-cigarettes, including the misconceptions, side effects and more.

What is an e-cigarette?

E-cigarettes, also known as “e-cigs, e-hookahs, vapes, vape pens, tank systems, or mods,” are battery-powered devices that heat a liquid, known as e-liquid, into an aerosol that people then inhale and exhale. E-cigarettes usually contain nicotine, the addictive drug found in cigarettes and other tobacco products, as well as flavoring and other chemicals.

In August 2016, the U.S. Food & Drug Administration (FDA) extended “its regulatory authority to all tobacco products, including e-cigarettes, cigars, and hookah and pipe tobacco, as part of its goal to improve public health” as part of the Family Smoking Prevention and Tobacco Control Act.

The FDA continues to oversee e-cigarettes and other electronic nicotine delivery systems (ENDS), which includes, but is not limited to, establishing regulations and dedicating resources for further research to help better understand these products.

As of August 2016, a person must be 18 years or older to purchase e-cigarettes, and the FDA has delivered more than 8,000 letters to retailers that have sold ENDS to minors. Additionally, as of June 2019, the legal requirements that had previously been in place for “manufacturers of cigarettes, smokeless tobacco, and roll-your-own tobacco since 2009 — as well as several new requirements specific to ENDS — became applicable to makers of e-cigarettes and other ENDS products.”

The FDA has also established the Youth Tobacco Prevention Plan, which aims to stop young Americans from using tobacco products, including e-cigarettes. Recently, on January 2, 2020, the FDA announced “a policy prioritizing enforcement against certain unauthorized flavored e-cigarette products that appeal to kids, including fruit and mint flavors. Under this policy, companies that do not cease manufacture, distribution and sale of unauthorized flavored cartridge-based e-cigarettes (other than tobacco or menthol) within 30 days risk FDA enforcement actions.”

What should people know about e-cigarettes & vaping?

Research has shown that e-cigarette aerosol often contains substances that can be harmful. One of these substances is diacetyl, a buttery flavoring used in “popcorn, caramel and dairy products.” If a person eats diacetyl, it is safe; however, when workers at a microwave popcorn factory became ill, it was discovered that inhaling diacetyl causes bronchiolitis obliterans, otherwise known as popcorn lung.

What are common misconceptions about vaping?

Is vaping different than smoking cigarettes?

Conventional cigarettes, cigars and pipe tobacco are made from dry tobacco leaves and other substances that are added for flavor and to make the experience more pleasurable. The smoke from these products is a complex mixture of chemicals produced by burning the tobacco. 70 of these chemicals are known to cause cancer, including nicotine (the addictive substance), formaldehyde, lead, arsenic and benzene. Vaping is different from conventional cigarettes because there is no burning or combustion of the tobacco.

When a person vapes he or she may inhale some droplets of the e-liquid as a byproduct. The inhalation of these droplets can be very harmful to the lungs. However, there is not enough research at this time to better define that risk. Also, a study from Johns Hopkins Bloomberg School of Public Health revealed that certain e-cigarette heating coils leaked “potentially dangerous” level of metals.

Since 2019, vaping-associated pulmonary injury (VAPI) has led to death in the United States. In the piece titled ‘An Emerging Crisis: Vaping-Associated Pulmonary Injury,’ Randol W. Hooper II, MBBS, MS and Jamie L. Garfield, MD, stated “Even though the cause or causes of such injury remain unclear, physicians must consider vaping behavior in everyday patient care.” Dr. Abedi, medical director of the lung cancer program at Methodist Hospital, shares more.

What are the side effects associated with nicotine?

Side effects of nicotine include suppressed appetite, increased heart rate and blood pressure as well as potential insulin resistance, leading to type 2 diabetes with chronic nicotine exposure. Long term nicotine use may also lead to lung disease, effecting the bronchioles of the lung, causing chronic bronchitis. Other side effects may include impairment of prefrontal brain development when nicotine is used in adolescence.

Do you have any tips for discontinuing vaping?

The tips for quitting vaping are similar to those for people who want to quit smoking. First, people should speak with their doctor to develop a plan of how and when to quit. A plan may include:

If you meet the screening criteria listed above, you should ask your physician to order a low-dose CT screening. At Methodist Healthcare, we partner with South Texas Radiology Imaging Center (STRIC) for lung cancer screenings, providing the latest computed tomography (CT) technology available.

Centers for Disease Control and Prevention

October 31, 2021 by Sarah Cannon
If you have been diagnosed with lung cancer, here's what you need to know about available treatment options.
Previous Post

October 4, 2021
Do you know the symptoms of lung cancer? Here's what to look for and how its diagnosed.
Next Post
Back to blog home

Why you should always say 'no' to tobacco

How much do genetics impact the risk for breast cancer?

Do you need the HPV vaccine?

Colorectal cancer screening: Why is it important?